Things aren't good, and that's before we talk about the weather 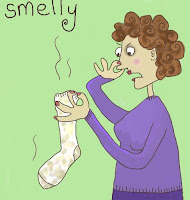 "He breathes, he lives. At last, NSW Premier Morris Iemma is showing a sign of life, a sign he may yet manage to escape the process of petrification".

So begins this editorial in today's Daily Telegraph commenting on the announcement of reform regarding disclosure of political donations. It might be a little unkind but the smelly mess that has emerged this week about government decisions, donations to parties and candidates, and how you could buy dinner with a minister (for the Minister for Planning that will be $5100 please), to finally force a government response to a smelly issue that has been kicking around for years.

Nothing is resolved yet - no legislation, and while parties might be required to report to the election authority twice a year, its still unclear how long it will take for the information to be made publicly available.

Still as the Telegraph says, it's something. As is yesterday's announcement of some movement on disclosure of penalty notices for breaches of food hygiene standards.

However as Matthew Moore points out in today's Sydney Morning Herald all this falls somewhat short of what was promised a year ago.

And some of us sure missed summer during February.
Posted by Peter Timmins at 12:39 pm