Amid the hubbub, an FOI reform bill introduced from the crossbench goes to committee

Its been quite a week so you're excused if you missed the introduction into the Senate of the Freedom of Information Legislation (Improving Access and Transparency) Bill 2018 by Senator Rex Patrick  (Centre Alliance).

The senator is among the few who take a serious interest in transparency and accountability, evident in his time as a staffer to former senator Nick Xenophon, and in his own stead since he replaced Xenophon in November last year.

Introduction of the bill took one minute of the senate's time but it won't automatically sink without trace. It has been referred to the Legal and Constitutional Affairs Legislation Committee for inquiry and report by 30 November 2018. Thus the opportunity to draw attention and advocate for action from those in government who since the election in 2013 have settled for words if pressed on the subject.

While well short of the changes that would be expected if Australia embarked on developing information access laws fit for the 21st century, an OGP commitment on which the government has remained silent about what is under consideration since August 2017, Senator Patrick's bill is a welcome attempt to identify high order priorities for improvement.


Specific changes proposed include:
The reasons for referral/principal issues for consideration by the committee are:

Specific mention of The Accountability Roundtable is an acknowledgement of the tireless work of the former Chair Tim Smith QC in drawing attention to the Abbott and Turnbull governments' move away from the legislated model of three commissioners to exercise the functions of the OAIC and to downscale resources available for FOI and information policy.

Read more »
Posted by Peter Timmins at 5:28 pm No comments: 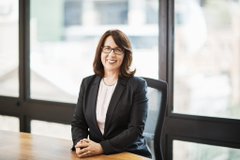 Read more »
Posted by Peter Timmins at 12:31 pm No comments:

On 24 May, Secretary of the Attorney General's Department Chris Moraitis told Senate Estimates  (Page 51) the appointment of a replacement Australian Information Commissioner was in the process of being finalised:


"We are literally checking referees. I'll probably complete that tomorrow....
Once we've finalised the report in the next week or two, we will put a report to the Attorney again....and then government considers that.
I think the appointment is an acting arrangement for three months, so we have until around the last week of June to ideally have a new Office of the Australian Information Commissioner, Privacy Commissioner and FOI Commissioner. I think there's an option of renewing (the acting appointment) if that's not the case, but that's our timeline. We're working to that, if I may say so, as diligently as we can."

Still no news on this in the first week of August.

The OAIC has been underfunded since 2014 and will continue to be undermanned, even when a commissioner is appointed to carry out functions parliament decided warranted three commissioners.

In case the government hasn't noticed:


Posted by Peter Timmins at 9:46 am No comments: