The Tribunal gives Government a drubbing: "National Cabinet is no cabinet committee "

The decision in the Administrative Appeals Tribunal by Justice White rejecting arguments that documents concerning the operation of the "National Cabinet' are exempt as cabinet documents cheered up those among us who keep lamenting the decline in  transparency.Thanks to Senator Rex Patrick, something to cheer about, the first in a long time for years. 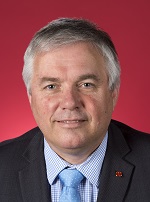 The matter took a year to get to this stage (speedy compared to delays some of us are enduring in a queue at the Office of Australian Information Commissioner) and it may not be over yet. The Secretary of the Department of Prime Minister and Cabinet is considering an appeal to the Federal Court.

There's no reason to think the Australian Government Solicitor who ran the case for exemption didn't put their best case forward, or were rushed and caught off guard in marshaling evidence in support, but it fell way short. I canvassed some of the problems the Government faced last year. By the look of it AGS didn't have much to play with in addressing them before the AAT.

Having addressed several matters bearing on the question of whether the National Cabinet is a committee of the Cabinet, I have then sought to consider their collective effect. In my view, taken together they point persuasively against the National Cabinet being a committee of the Cabinet within the meaning of the statutory expression. At the very least, I am satisfied that the respondent has not discharged the onus of establishing that Mr Hupalo’s decisions about these matters were justified or that the Tribunal should give a decision which is adverse to the applicant. [210}

Professor Anne Twomey has a good piece on The Conversation about the decision and its consequences.

The evidence and contentions

In his decision Justice White was measured but scathing in observations about the evidence put forward and the contentions on behalf of the Secretary of the Department of Prime Minister and Cabinet in arguing the case for a finding the documents were exempt.

It's a real drubbing, both on the cabinet document claim and a claim made for the first time when the matter reached the AAT that disclosure of minutes of a meeting in March 2020 would damage relations with the states.

Not for the faint hearted, but here's (a selection of) what Justice White said about the case put for the cabinet document claim (emphasis added):