Gillard up for more open, accountable and transparent government 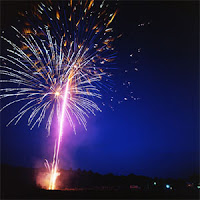 With the support of two of the last three uncommitted independents Prime Minister Gillard has edged over the line and back into office, peppering her set pieces and answers to questions with a theme that led to cheering here. We've come a long way since neither leader thought the subject was worth a mention during the campaign.

From the PM's announcement:
"What the Australian people told us, and they told us this in no uncertain terms on that day and on the days that have followed, is this: that we will be held more accountable than ever before, and more than any government in modern memory. We will be held to higher standards of transparency and reform, and it's in that spirit that I approach the task of forming a government......To quote Rob Oakeshott, sunshine is the best disinfectant, and we've agreed to far-reaching reforms that make me as Prime Minister and our government and how it functions more accountable to the Australian people. So, let's draw back the curtains and let the sun shine in; let our parliament be more open than it ever was before. That's real reform, and that's the direct result of the election.'(Actually PM, there's a long line who have used the sunshine quote, going back almost a century to US Supreme Court Justice Louis Brandeis, and it's even had a run on this blog from time to time.)
Prompting this lead paragraph in Phillip Coorey's report in the Sydney Morning Herald:
"Julia Gillard has promised to heed the lesson handed to Labor at the election and govern with a new style of openness...Labor sources said last night that discipline within the ALP would have to be rock solid if Ms Gillard were to govern for the next three years as she has promised. The use of expenses and allowances and other behaviour would have to be exemplary across the board."
And the PM's first answer in this interview with Kerry O'Brien on ABC 7.30 Report:
O'Brien:"Julia Gillard, you've been handed a gift today, a chance to escape from the bad odour of those last few months of your government and the axing of Kevin Rudd, kind of a get-out-of-jail card, in a way. How are you going to protect this gift?
JULIA GILLARD, PRIME MINISTER: Well this is an opportunity for the nation, Kerry, an opportunity for the nation to listen to what the Australian electorate told us at this election. I've heard the message loud and clear. People do wanna (sic) see us more open, more accountable, more transparent. I am going to be held to higher standards of accountability than any Prime Minister in the modern age. I'm well aware of that, and I'm going to focus on being up to that challenge. And I'm also well aware that when we go to the polls next time in 2013, Australians are going to hold me to account and I wouldn't have it any other way."
Posted by Peter Timmins at 8:25 am