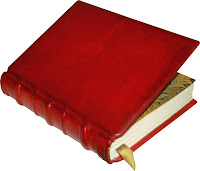 Most Commonwealth government agencies broke new ground in publishing, or releasing in response to Freedom of Information applications, some information provided to the Gillard government in incoming government briefs in 2010, a welcome development that to varying degrees encouraged and informed discussion and debate on matters of importance. But it was mostly the more familiar story at state government level in the states that have held elections since. NSW and Victoria appear to have locked up completely. In recent decisions the SA Ombudsman decided documents that didn't qualify as cabinet documents should be released in the few instances when public interest considerations were relevant. However the Ombudsman made clear what he really thought about the importance of fuller disclosure:


In my view, there are reasons why the agencies might give access to parts of the portfolio briefs and other briefing documents, notwithstanding that they are exempt.....I consider that there is a strong public interest in members of the public being aware of policy initiatives and other issues that the agencies consider important to South Australia. In my view, access to such information would enhance public participation in discussions about South Australia’s future, and would be consistent with the objects of the FOI Act of promoting openness and accountability, as well as the principles of administration. I consider these public interest factors to be strongest with respect to generic documents, that is documents prepared with either a returning Labor or an incoming Liberal government in mind

Queensland is the next state to go to an election sometime next year. Don't hold your breath about disclosure of incoming government briefs there.The Right to Information Act uniquely provides: "Information is exempt information for 10 years after the appointment of a Minister for a department if the information is brought into existence by the department to brief an incoming Minister about the department."

Public servants in NSW geared up before the election to shut the door on access when the grounds were laid for briefs from each agency to be treated as cabinet documents under GIPA. After reports that nothing would be released the NSW Information Commissioner (Media Release 21 May) met with the Department of Premier and Cabinet to discuss the issue, but nothing has emerged since. O'Farrell government ministers showed no apparent interest in exercising authority to publish or release any briefs outside the confines of the GIPA act.

In Victoria nothing came into the public domain after the election of the Baillieu government except for two publicised knockbacks accompanied by some strained reasoning that wouldn't wash in the FOI reform jurisdictions. I understand some pending VCAT cases may test some of this.

The 15 decisions contain much the same reasoning and in respect of most documents the agency decision that they were exempt as cabinet documents was upheld. As in NSW the scene for this was set before the election when agencies were informed by the Premier's department that the briefs were to be prepared in accordance with a template and would be incorporated "into a compendium of briefs from each agency to provide Cabinet with a whole-of-government overview of those issues that a newly elected government is required to focus on, particularly for a new Parliamentary session." This was sufficient to require the Ombudsman to conclude the FOI act exemption criteria was satisfied as the brief was a document specifically prepared for submission to Cabinet (whether or not submitted); or (b) a preliminary draft of such a document.

There is no public interest or other test involved in this exemption. However forewords prepared for the purpose of briefing ministers were not exempt as cabinet documents. Although they contained advice and opinion, the Ombudsman found the public interest in disclosure outweighed other considerations.

This reasoning about the exempt nature of the portfolio briefs prepared for a Labor government is common to all decisions:

37. I am satisfied that the portfolio briefs, (AGD) B13 and (AGD) B14 were specifically prepared for submission to Cabinet, or are preliminary drafts of such documents. This is notwithstanding that they were also prepared to assist Chief Executives to brief any new ministers.
38. In my view the intention behind the creation of the documents is critical. I am satisfied that when creating the documents, the agencies intended that they would be submitted to Cabinet, and that some of the documents were in fact submitted to Cabinet. In my view, it is irrelevant that some of the documents were not submitted to Cabinet.
39. In reaching this conclusion I have had regard to the fact that the portfolio briefs are all essentially consistent with the template provided by DPC, and are all marked ‘cabinet-in-confidence’. There are some minor differences between some of the documents and the template, but I do not consider these to be significant. I have also borne in mind the advice provided to the agencies by DPC prior to the portfolio briefs being created and the submissions made by and on behalf of the agencies in these and the Liberal briefs reviews.

The evidence was that the foreword to each brief had been prepared to "enable a portfolio Chief Executive to brief the new Minister (if applicable) on his or her portfolio in the event of a change of Government or change of Minister." In most cases the Ombudsman was satisfied that the forewords were specifically prepared for the use of a minister as they were addressed to individual ministers. The Ombudsman observed:

Each contained "advice and opinions recorded for the purpose of the decision-making functions of ministers holding the relevant portfolios. I therefore accept that they satisfy clause 9(1)(a) of Schedule 1 to the FOI Act(internal working documents)." Whether or not the forewords were exempt  turned on public interest considerations. There were differences in points argued by agencies on this score, most noting the importance of transparency and openness and the interest that the public has in the decision-making processes of Government, but concluding this was outweighed by the importance of Cabinet confidentiality and caretaker conventions. Typically:

However the Ombudsman was not persuaded:

56. I have considered these factors, but am not persuaded that the ‘importance of Cabinet confidentiality’ is a relevant factor when considering the forewords. In addition, I have had regard to the objects of the FOI Act in section 3, which include promoting accountability of ministers and the government, and facilitating more effective participation by members of the public, and the principles of administration in section 3A of the FOI Act. I have also considered the contents of the documents. I note that much of the information in the forewords appears to be based on objectives set out in South Australia’s Strategic Plan 2007, which is a public document. A number of the forewords refer to information in the public domain.
57. On balance, I am not satisfied that it would be contrary to the public interest to release forewords. Accordingly, my view is that they are not exempt under clause 9(1) of the FOI Act.

Intergovernmental relations
In one case involving documents prepared for an incoming Liberal government, the Department of Planning and Local Government claimed that the disclosure of two paragraphs could cause damage to intergovernmental relations and may unnecessarily interfere with the policy development process as the contents are ‘speculative’; and would be contrary to the public interest. The Ombudsman accepted:

67... it is possible that disclosure of the first paragraph might put a strain on intergovernmental relations as it is critical in nature. That said, I consider the possibility to be slight as there is often tension between the two levels of government in question, over various issues. I am not satisfied on the basis of the information before me that disclosure of the second paragraph could reasonably be expected to cause damage to intergovernmental relations.
68. I have considered the additional submissions made by DPLG, but am not satisfied that disclosure of the first or second paragraphs would, on balance, be contrary to the public interest for the same reasons I have rejected the claim that the forewords are exempt in their entirety under clause 9(1) of Schedule 1 to the FOI Act.

Where the public interest stands in all this

If, in conducting a review under this section, the relevant review authority is satisfied that a document is an exempt document, the relevant review authority does not have power to make a determination to the effect that access is to be given to the document (but may, if it thinks fit, offer, together with its reasons for its determination, reasons why the agency might give access to the document despite its exempt status).

The Ombudsman included this paragraph in all decisions:

In my view, there are reasons why the agencies might give access to parts of the portfolio briefs and other briefing documents, notwithstanding that they are exempt. I note that these documents contain information that is in the public domain. In addition, I consider that there is a strong public interest in members of the public being aware of policy initiatives and other issues that the agencies consider important to South Australia. In my view, access to such information would enhance public participation in discussions about South Australia’s future, and would be consistent with the objects of the FOI Act of promoting openness and accountability, as well as the principles of administration. I consider these public interest factors to be strongest with respect to generic documents, that is documents prepared with either a returning Labor or an incoming Liberal government in mind

No news in SA
The applicant in each case was Opposition front-bencher Rob Lucas. The modest win, what he learned if anything from access, whether any agency heeded the Ombudsman's suggestion about additional disclosures or whether any appeal is in the offing hasn't made news in South Australia that I can see. I asked his office about this two weeks ago, but didn't get a reply.