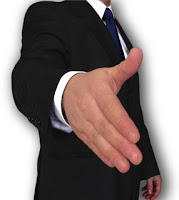 With the NSW Government in something approaching pre-election clean up mode the wide ranging changes proposed to lobbying regulation in this report from the Independent Commission Against Corruption may strike a chord. SBS reported the Premier as saying she will seek advice on the report, Opposition leader O'Farrell welcoming support for his plan to abolish success fees, the Greens in favour and-no surprise- one of the main business lobbies against.
The report stands in contrast to the weak proposals floated in June by then Federal Minister of State Ludwig for lobbyist reform that kicked off, after a round table with lobbyists, with the idea that lobbyists needed a professional association, proposals overtaken to some extent by the post-election agreement with the independents, but yet to crystallise. I imagine lobbyists are meeting as we speak to advance that idea, with arguing the toss about these ICAC proposals a high priority.

An unusual feature of the report that a lobbyist would be quick to point out is that it makes much of the potential for corruption and the need to manage risk, but its own inquiry did not seek to examine or in fact uncover any instances in NSW, and refers only to Western Australian, US and UK examples.
The Commission finds that "lobbying is not only an essential part of the democratic process but that it can positively enhance government decision-making." However a lack of transparency in the current lobbying regulatory system "is a major corruption risk, and contributes significantly to public distrust. Those who lobby may be entitled to private communications with the people that they lobby, but they are not entitled to secret communications," the report says. "The public is entitled to know that lobbying is occurring, to ascertain who is involved and, in the absence of any overriding public interest against disclosure, to know what occurred during the lobbying activity.

Other corruption risks cited are inadequate record keeping, involvement with political fund raising, gifts and benefits, difficulty of access, former public officials acting as lobbyists, exploitation of privileged access and payment of success fees.
The shake up recommended involves widening the registration requirement to cover all third party lobbyists (but not in house staff) and "Lobbying Entities" including industry associations, trade unions, employer groups, religious and charitable organisations, and corporations that employ staff or have board members who lobby on their behalf; making information about lobbying activity "open access information" under the GIPA act, and a new role for an independent government entity, such as the NSW Information Commissioner to monitor the scheme and impose sanctions where necessary.
These principal features of the proposed scheme are from the Executive Summary:
• establish a public sector meeting protocol for the conduct of meetings with lobbyists, for the minuting of these meetings and relevant telephone calls, and for the retention of records of Lobbying Activity in accordance with the State Records Act 1998 (see Recommendations 2 and 3, and Chapter 7)
• amend the Government Information (Public Access) Act 2009 (“the GIPA Act”) to include records of Lobbying Activity in the definition of “open access information”, for which there is no overriding public interest against disclosure. Under the GIPA Act, open access information held by an agency must be made publicly available, including on a website maintained by the agency (see Recommendation 4, and Chapter 7)
• expand the class of lobbyists that are to be regulated to include all Third Party Lobbyists and Lobbying Entities (see Chapter 9)
• impose statutory regulation of Third Party Lobbyists and Lobbying Entities, including a mandatory prescribed code of conduct (see Recommendations 1 and 6, and Chapters 6 and 8)
• require Third Party Lobbyists and Lobbying Entities to register before they can lobby
a Government Representative, (see Recommendation 7, and Chapter 9)
• establish a two-panel Lobbyists Register – one for Third Party Lobbyists and one for Lobbying Entities – that requires disclosure of the month and year in which they engaged in Lobbying Activity, the identity of the government department, agency or ministry lobbied, the name of any Senior Government Representative lobbied, and, in the case of Third Party Lobbyists, the name of the client or clients for whom the lobbying occurred and the name of any entity related to the client the interests of which did derive or would have derived a benefit from a successful outcome of the lobbying (see Recommendation 7, and Chapter 9)
• enable an interested person to use the information disclosed on the proposed Lobbyists Register, in relation to the date of lobbying and who was lobbied, in order to seek access to further information from the relevant public sector agency through the various mechanisms set out in the GIPA Act (see Chapter 9)
• provide for an independent government entity, such as the NSW Information Commissioner, to maintain and monitor the Lobbyists Register, and have powers to impose sanctions on lobbyists (see Recommendation 8, and Chapter 9)
• impose restrictions on former ministers, parliamentary secretaries, their staff and senior government officers from acting as lobbyists (see Recommendation 10, and Chapter 10)
• ban lobbyist success fees (see Recommendation 11, and Chapter 10).
There are separate recommendations for a new regime for local councils, that

Posted by Peter Timmins at 7:55 am