Two FOI exposures in the interests of transparency 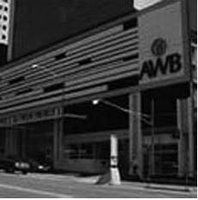 With the Cole Royal Commission report on AWB and the UN sanctions now with the Government and scheduled to be tabled in Parliament this week, the Opposition has obtained under FOI documents that show that AUSAID had some dealings in 2003 with the Jordanian trucking company that played a key role in sanction busting.

FOI has also helped in some further exposures concerning the traffic fine evasions of former Federal Court Judge Marcus Einfeld. The Sydney Morning Herald reported that Einfeld went to great lengths to avoid most of the 9 traffic fines incurred while driving his Federal Court supplied motor vehicle over 4 years. Einfeld's lawyers are contesting the release of other documents concerning the fines, on grounds that it would involve unreasonable disclosure of personal information.

In to-day's Sydney Morning Herald "There's spittle under the polish", Paul Sheehan links these new revelations about Einfeld to comments made in September by NSW Crown Solicitor Ian Knight who railed against the media and its "disgraceful" treatment of Einfeld. This was Knight's speech that contained an over the top spray about Parliament and the media obtaining too much information, with FOI one of the contributing factors.

Sheehan today says that Knight didn't include in his analysis the reality that "lawyers are allowed to omit, distort, exaggerate, confuse, dissemble and delay" the course of justice when claiming to act in the best interests of their client. He concludes:

"The Crown Solicitor's commentary suggests that a misapprehension exists in senior legal circles that the Einfeld controversy is an aberrancy, the latest media blood sport, another beat-up. The opposite is true. The story is bigger than Einfeld. The judiciary was a fertile field for his portentous narcissism. A succession of magistrates failed to check his numerous evasions. It was the media, not the Crown, that finally brought this travesty to light"

Over to you Mr. Knight.
Posted by Peter Timmins at 8:28 am