Scotland Yard is under the hammer in the UK, some Victorian and NSW police are accused in front page stories here of leaking information to bikie gangs, and to top "things police" off, the  Information Commissioner Deirdre O'Donnell has released a report of an investigation into the NSW Police Force’s compliance with state right to information laws, making 17 recommendations. “After a thorough investigation, it is clear that the NSW Police Force does not currently meet all of its obligations under the Act,” Ms O’Donnell said.

Appendix 3-the response to the draft recommendations-lists four where the police disagree and six that were only accepted in part. 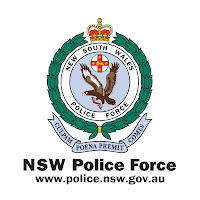 Perhaps indicative of the police running something close to their own race is that one rejected recommendation-to discontinue use of materials relevant to the now repealed Freedom of Information Act- prompted the surprising comment that "the basic principles have not changed from the FOI to the GIPA Act." (In important respects they have.) The report also includes five OIC "observations" about improving processing requests for information, only one of which was fully accepted.

One disagreement was over the need for compliance with the GIPA act requirement to publish on the web Police Force policy documents-in a draft given to police in April the OIC set a deadline of 1 July. The  Police Force responded that a number of policy documents were on the police website (hard to see any here). However it "possesses a large number of policy documents and the Performance Improvement and Planning Command is currently coordinating the review of all documents that may fit the requirements of the Act, to determine which need to be published on the internet."

This is a bit rich. The FOI act 1989 required these documents to be listed in a statement of affairs brought up to date and published every six months, so to that extent the GIPA requirement is nothing new. Then the Police Force and other agencies had 12 months to prepare for the GIPA obligation to publish current documents on the web when the act commenced on 1 July last year. A year on they are still looking to see what they have.

Policy documents are defined in the act (s 23) as those used in connection with the exercise of  functions "that affect or are likely to affect rights, privileges or other benefits, or obligations, penalties or other detriments, to which members of the public are or may become entitled, eligible, liable or subject.." Given the nature of police functions their policy documents are of great significance to the citizenry. Who knows whether non compliance has or could be argued in defence or mitigation in some circumstances people given s 24:

(a) the policy document was not publicly available as required by this Act, and


(b) the person was not aware of those provisions, and


(c) the person could lawfully have avoided the prejudice had the person been aware of those provisions.

NSW Police featured prominently and often in Ombudsman annual reports regarding FOI complaints, perhaps unsurprisingly given it was always the top agency for applications consistently in the 8000 per year range.
The Ombudsman reported a few years ago that its long record of failure to comply with time limitations had improved as a result of alternative arrangements for access to individual's seeking personal information.This isn't mentioned in the OIC report but given they still receive 700 applications per month it is hoped that they have fully explored that option to reduce the workload.


The OIC investigation commenced in October last year. Based on that 700/month figure, over 5000 applications have been made since. I imagine quite a few applicants may feel aggrieved that the investigation and Police Force shortcomings have only surfaced now. And that the Police Force can still say "thanks but no thanks" to some of the OIC recommendations aimed at lifting their game.

The Police Force has a legitimate point in responding to OIC criticism about the interpretation and application of the public interest test, that guidance material has not been provided by the OIC to assist agencies with this aspect of complex legislation.

Posted by Peter Timmins at 3:17 pm