Establishing the Victorian Freedom of Information Commissioner on the cheap. 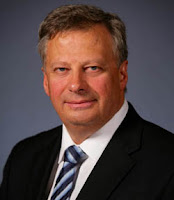 In his Budget speech  last week Victorian Treasurer Kim Wells  mentioned integrity in government with one reference to money, the allocation of funds for the establishment of an Independent Broad-based Anti-Corruption Commission. The Integrity of Government section of the Budget paper Overview (p 24) provides more detail and lists a number of projects including:

"The Government will provide $7.9 million to establish an independent Office of the Freedom of Information (FOI) Commissioner."

Some fine words follow about the importance of FOI, with an acknowledgment of problems with the current FOI regime, described as "excessive and unreasonable delays, and limited assistance to FOI applicants pursuing documents of interest." This falls well short of the real problem that the Victorian act is outmoded and the jurisprudence classicly conservative. And that's before you get to implementation issues.There is nothing in these papers to indicate recognition of the thorough overhaul needed to bring Victoria close to the standard set in recent reform in Queensland, NSW, and Tasmania, and in Commonwealth law.
However back to the money: Budget Paper 3 (Chapter 1 Election Commitments p 54) reveals  $7.8 (not $7.9 referred to in the Overview) million for the Office of FOI Commissioner will be spread over four years. The claim this amount will be spent "to establish" the Office, as the Overview paper does, is a bit rich. In the first year 2011-2012, the year in which the Office is to be established and at least operational for part, the allocation is a neat $1million.

In subsequent years the Office will receive $2.3 million in 2012-2013, and $2.2 million in each of the next two years, well shy of the budget of $2.6 million in the coming year for the Victorian Privacy Commissioner-see Justice p 244

The first year allocation for the Office of FOI Commissioner is significantly less than what was thought necessary in other jurisdictions that have been down this path recently.
The Office of NSW Information Commissioner cost $2.7 million in its establishment year 2009-2010, before the Office commenced operations on 1 July 2010 and was allocated $4.5 million in 2010-2011.
The Office of Australian Information Commissioner was allocated $2.961 million in 2009-2010 prior to its establishment when the commencement date was uncertain, and spent $1.5 million in the few months of that financial year that followed the appointment of the Commissioner Designate in February 2010. Other establishment costs incurred during three months into that year before the Office opened on 1 November would have come from the $5.4 million allocated for the first year of operations in the 2010-2011 budget.
The fine print of the budget suggests Victoria either knows how to establish an office like this on the cheap or that it won't be operating in 2011-2012 as well as Victorians might have expected, given the governing party's commitment to improvement in this area.
Posted by Peter Timmins at 7:39 am

Email ThisBlogThis!Share to TwitterShare to FacebookShare to Pinterest
Labels: Freedom of Information, Victoria