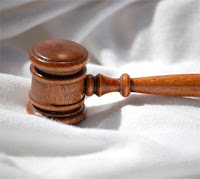 The Victorian Law Reform Commission is the third law reform commission to propose legislation to clear up uncertainty in the law, by recommending legislation to create a right to legal recourse in the event of a serious breach of privacy. The recommendation in the commission report, Surveilllance in Public Places, comes on the heels of former Prime Minister Paul Keating's recent speech outlining and supporting the case for legislative action made by the Australian and NSW law reform commissions two years ago, neither of which has had a government response.

Keating drew attention to the fact that media organisations are almost boastful in pointing out there is no right to privacy in Australia, and that they argue (mostly, with the notable exception of ABC Managing Director Mark Scott) they should stay beyond the law's clutches if any government  picks up on the advice of the experts to act. They were at it again in this inquiry:

7.190 In their submissions to the commission, some organisations suggested that they, or their members, should be exempted from any new causes of action. For example, Australia’s Right to Know, a coalition of major media organisations, wrote: "There is no need for any additional privacy rights or remedies in Australia.  If any need for an additional privacy right or remedy is identified in future, it should be very clearly and narrowly defined and there should be a broad media exemption."

The commission rejected their special pleading, and that of the insurance industry and the police [7.194].

With three proposals now on the table, the Commonwealth Government should take the lead to ensure some national consistency.


Chapter 7 outlines the case for legislation and includes recommendations regarding the elements of the proposed legal action, defences and remedies. The Commission recommends against extending rights to the deceased or corporations, that action should be available for three years, and that the Victorian Civil and Administrative Tribunal should have jurisdiction.


The commission recommends two causes of action: the first dealing with misuse of private information, the second with intrusion upon seclusion, or unwarranted interference with spatial privacy. Although the report focuses on the misuse of surveillance in public places, the new causes of action would not be limited to conduct that occurred in a public place or that involved the use of a surveillance device. The commission notes that if the Commonwealth Government acted

"Any such legislation would probably remove Victoria’s ability to enact a similar cause of action because of constitutional restrictions. However, as the Commonwealth may not implement the ALRC’s recommendation, or may take some time to do so, Victoria is still in a position to provide leadership in this area."

The commission said the Victorian Charter of Human Rights was a useful catalyst for legislative action because ‘privacy’ is one of the human rights that ‘Parliament specifically seeks to protect and promote’.
The proposal for two causes of action differs more in in style than substance from what the ALRC and NSWLRC have proposed, as both would encompass misuse of private information and other serious breaches of privacy, including  intrusions on seclusion from unauthorised surveillance. Unlike the ALRC, and now the VLRC, the NSW report did not recommend that the cause of action be limited to serious invasions of privacy.  The Victorian report differs from the other two in one respect that media organisations will like even less by comparison. The ALRC and NSW reports  placed the onus on the plaintiff to demonstrate the lack of a countervailing public interest to justify the invasion of privacy, setting a high bar for those who would argue the privacy interest outweighed the public interest in freedom of expression or the public interest in communication of news generally. The Victorian Commission concluded this would place a plaintiff in the position of proving a negative. It proposes the public interest in publication should be an available defence [7.180]:


The commission believes that.. (t)he defendant should be required to introduce evidence (if necessary) and satisfy the tribunal that it was in the public interest to engage in conduct that would otherwise be unlawful.

On what constitutes the public interest [7.187]:

The commission is of the view that not all matters of interest to the public are matters of public interest that ought to deprive a person of their right to privacy. In particular, the public interest defence ought not to extend to matters that satisfy a curiosity about the private lives of others, but serve no other purpose relevant to the common good. Tribunals and courts should be aware of this important point when interpreting and applying the proposed new laws.

The report sees legislative action as the best way forward:


7.117 Events in other comparable countries suggest that the courts will face increasing pressure to develop a response to misuse of surveillance devices in a public place unless there is appropriate legislation. The developments in other common law countries, most notably the UK and New Zealand, suggest it will take a long time before a reasonably clear body of law emerges. Until that time, many people and organisations with a direct interest in the evolution of privacy causes of action will face substantial legal compliance costs to satisfy themselves that their proposed activities are lawful. The UK experience suggests a few pioneering plaintiffs, and some media organisations, will outlay significant sums of money in legal costs to develop the general law through the courts. This means of developing an important aspect of our law should be avoided if possible.

On whether this will become the  lawyer's picnic predicted by some media organisations , the report states:

7.121 The evidence from within Australia and other comparable countries suggests that there is unlikely to be a flood of litigation in response to the creation of any new causes of action for invasion of some privacy interests. There have been very few Australian cases in the eight years since the High Court indicated in Australian Broadcasting Corporation v Lenah Game Meats Pty Ltd that there were no common law barriers to the development of a cause of action for invasion of privacy. In New Zealand there have been approximately 15 privacy cases since 1985 and Sir David Eady, the English High Court judge who has presided in some of the most significant privacy cases in that country, has recently written that after an early flurry of activity ‘things seem to have settled down to a large extent’. He suggests this may mean ‘that journalists and their lawyers have developed a feel for what is now acceptable to the general public (and to the courts) and what is not’.