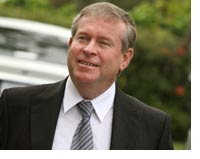 WA Premier Colin Barnett has reported on what has been done to deliver on commitments made in his plan for the first 100 days in office, including this on accountability, and the very modest promises on Freedom of Information:

Introduce legislation for fixed parliamentary terms
Approved by Cabinet and announced by the Premier on 1 December. Legislation will be introduced early in 2009.

Restore an independent Freedom of information Commissioner
Issue has been before Cabinet. The position has been advertised (closed 18 December) and an appointment will be made in the new year.

Legislate for a proper register of political lobbyists Legislation is being prepared by the Public Sector Commissioner.