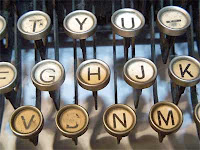 Amendments to the  South Australian Electoral Act that create an offence for publishing commentary on election issues on the internet as well as in a newspaper or magazine, or in a radio or television broadcast, without the name and address of a person who takes responsibility for the publication of the material, came into force on 6 January. The  Advertiser sees it as "Censoring free speech in the secret state", and with the state election next month, a move aimed at its own website, with bloggers, tweeters, other social networks, and even talk-back radio all probably affected.It suggests the legislation will require all contributors to give their real name and address.
In the broader context:

The legislation also further enforces South Australia's reputation as a place where secrecy flourishes. It is instructive that similar laws were also enacted in China last year, a country which has yet to embrace free speech. It is also instructive that the Federal Government examined the same issue after the 2007 election and decided to exclude blogs and online comment from any requirement to provide names and addresses. South Australia is a state that grants more suppression orders than any other, it is a state where it is acceptable to leave hundreds, if not thousands, of parliamentary questions unanswered for years at a time, where pursuing Freedom of Information requests is nothing short of a battle.


The law in fact requires someone to take responsibility for comments, something long required of the print media in most places during an election campaign. So this extension to "new media" is at one level understandable. What the Advertiser is on about is that it is a constraint on the new means of free flowing discussion to impose the same requirement where online comment floods in, as it does on hot sites. As the comment on Crikey says, there'll be plenty of John Smiths, postcode 5001, leaving the person responsible for the blog ( the online editor) holding the  bag.

There should be nothing wrong in any event with pseudonimity and anonymity in public discussion, unless it is being abused or used for the wrong reasons. As The Advertiser says defamation laws, and moderation practices in place probably render the law unnecessary, and it's hard to imagine South Australia's Electoral Commissioner prowling the internet day after day during the election campaign policing internet discussion.

Here's the text of Section 116 of the Electoral Act says:


116—Published material to identify person responsible for political content
(1) A person must not, during an election period, publish material consisting of, or containing a commentary on, any candidate or political party, or the issues being submitted to electors, in written form, in a journal published in electronic form on the Internet or by radio or television or broadcast on the Internet, unless the material or the programme in which the material is presented contains a statement of the name and address (not being a post office box) of a person who takes responsibility for the publication of the material.
Maximum penalty: