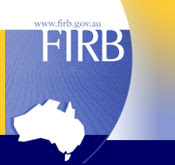 Roll on that foreshadowed culture change. In the meantime...

Stephen Kirchner of Institutional Economics and the Centre for Independent Studies writing in The Australian today, recounts efforts, including finally a successful Freedom of Information application, to obtain a copy of a speech last September by Executive Director of the Foreign Investment Review Board whose other hat is General Manager of the Trade and Foreign Investment Division in Treasury. What to make of attitudes to the free flow of information where a speech on an important topic the subject of wide debate isn't routinely posted on the web, and requires a formal application? And as characterised by rejection by Colmer of an application for waiver of the $30 application fee on public interest grounds:


"mere curiosity on the part of a person or a substantial section of the public will generally not constitute a public interest ground. I am not satisfied there is a public interest sufficient to warrant the waiver of the $30 application fee in this case"

Mere curiosity? More like a legitimate public interest in informed discussion and debate on a matter of major national significance.

Kirchner says the speech is still not available from the FIRB (how will they cope with the  disclosure log proposed in the FOI Reform Bill?) but he has posted a copy on his website, as he says, for the benefit of the many foreign investment professionals and journalists who also suffer from "mere curiosity".
Posted by Peter Timmins at 11:04 am