New FOI era in NSW still coming "in the near future" 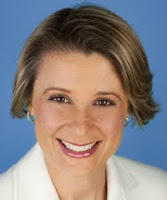 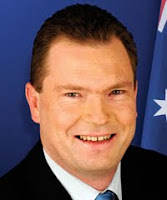 You might say that publicly at least, all that reforming zeal about ending secrecy in NSW associated with former Premier Nathan Rees, may have gone out the door with him, as there has been no mention of this aspect of public administration from new Premier Keneally, other than an early comment she was keen to restore trust in government. Or from Attorney General Hatzistergos to whom Rees had assigned responsibility for the yet to commence Government Information (Public Access) Act.

Rees had proclaimed the legislation would turn the freedom of information regime on its head; constituted a fundamental freedom of information revolution; that the public's right to know must come first, and that "the public sector must embrace openness and transparency and governments must forever relinquish their habitual instinct to control information." "This is generational change and reform that is long overdue" he said.

Well yes, but virtual silence from those in charge in the Keneally Government is quite a contrast, as are the limited visible signs of progress towards the new era in the seven months since Parliament passed the legislation last June. The Rees Government took only four months to consider, consult, act upon and push legislation through parliament on an Ombudsman's report put on the table in February 2009.

If you read tea leaves, there are a couple of suggestions that things are moving at the Office of Information Commissioner. According to its website the inaugural Information Commissioner will now take up duties "soon" (previously November 2009) and the Office advised government agencies recently that the new Act is to commence "in the near future"(previously early in 2010).
The Office has published some basic FAQs, and templates for correspondence on various aspects of administration that agencies will find useful, and templates for clauses in private sector contracts, necessary as a result of the application of the Act to some information held by contractors. But the big gap so far is guidance material on the interpretation and application of the Act, even though training by the Crown Solicitor and private providers is being offered without this key element in the implementation puzzle. My impression is that many agencies are distinctly underdone to deal with an act due to commence "in the near future" (1 March?) and some sectors affected have done little, waiting for further guidance on particular aspects of the act, before taking preparatory steps.
I'm not aware of anything that has been done to date to raise public awareness of the new regime, one of the responsibilities of the Commissioner in implementation of the act that has as one of its objects "to advance representative democratic Government." The public has to form part of that equation. I can only imagine what a survey of knowledge and awareness of access to government information rights and processes at the moment would reveal. (But it's something that should be done to provide an important benchmark for measuring progress towards the goal.)
One of the potentially significant aspects of the new act talked up strongly last year was that it represents a shift from a pull to a push model, by requiring pro-active publication of information on the web, and thus would likely reduce the need for formal applications for information. The Act (Section 18) specifies little new in the way of mandatory requirements for agencies (other than local authorities), the exception being a disclosure log indicating information released to applicants that may be of interest to other members of the public. While the Information Commissioner will have power to issue guidelines and model publication schemes (Section 22) the Act gives the Commissioner a role in publication scemes but provides no authority to add to the categories of information to be published.

The categories can be extended by regulation (Section 22(g). Nothing has been said publicly about the Government's intentions in this regard, but in the absence of a regulation extending the categories of information to be published by state government agencies, the publication requirements, and the push model are weak. Each agency is encouraged and authorised to publish more, but essentially it will be able to do as it wishes after satisfying the statutory minimum. Perhaps silence and the fact that the act is to commence in the near future means that's where things will stand.

But not for local authorities. The Act (Schedule 5) has a long list of documents local councils will be required to publish. Many are the same as currently required to be available for inspection at council premises under the Local Government Act, but the act adds to those categories and stipulates publication on the web. The Deputy Director General of the Department of Premier and Cabinet responsible for local government can add to these requirements through a direction to councils that will be mandatory, but again councils apparently haven't been told of any intention to exercise this authority.

The result therefore at present is a strong mandatory publication requirement for local authorities, but a significantly different and far less demanding approach for state government agencies.

The only other jurisdiction to have already gone down this path, Queensland, has legislation that states agencies must comply with the Ministerial Guidelines about how to operate a publication scheme.  While not all that they might be, the Guidelines issued by the Premier go further than the NSW legislation - for state government agencies at least. Ministerial Guidelines for Publication schemes and disclosure logs.doc

Further NSW developments can be expected "soon" and in "the near future."
Posted by Peter Timmins at 12:26 pm