Yes, we should rethink everything 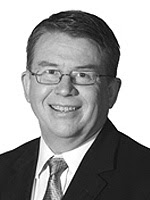 Stephen Bartos of Allen Consulting, in The Canberra Times (Forget tinkering: we must rethink everything- no link available) on Tuesday writing about the advisory group on Reform of Australian Government Administration, and changes that should receive attention:

"A world's best public service would be highly transparent, accessible and accountable. Transparency has been sidetracked by an esoteric debate between senior journalists, public servants and academics about whether policy advice should be available under freedom of information. Among others, former Prime Minister and Cabinet secretary Professor Peter Shergold argued cogently that such publication would mean less frank policy advice. If it's going to be a sticking point for reform, policy advice ought to remain confidential; it's not the transparency that concerns most Australians. What matters is program administration rules, procedures and decisions that affect peoples' lives and personal information.

Many parcel companies allow you to track your package online on every step of its journey, anywhere in the world. So why can't departments track every grant application or letter sent to them, and give the sender online access to tracking? Why is it so hard to discover the procedural rules not legislation but internal rules on how programs are run? What about data? Australian government agencies hold vast amounts of data but rarely have sufficient time or staff to analyse it; if it were accessible to researchers, their capacity to make new discoveries would be hugely improved. Genuinely open government would start with a presumption that all government processes and data will be open to public view unless there is a reason for them not to be (reversing the present implicit assumption that public servants operate behind closed doors)."

Transparency sidetracked by an esoteric debate about policy advice and FOI, and its not a big deal in any event? Hardly.

Its an issue Peter Shergold and PM&C Secretary Terry Moran have certainly given a workout in recent months, arguing for confidentiality. But it's really part of a broader issue concerning accountability for government decisions that affect us, and the degree of transparency we should expect concerning what was considered, who was involved, the options available, what the experts thought, and why the choice was made. Unless there is a good reason why we shouldn't know these things.

The (FOI) law of the land since 1982 has been that information of this kind (other than what goes to cabinet or say legal advice) is to be released unless disclosure would be contrary to the public interest. The debate about what this means has been going on ever since, with many years of foot-dragging by the public service even in the AAT .Some including Peter Shergold claim the public service can't operate unless confidentiality for what they say is guaranteed. It's generally accepted that disclosure of some elements of the process before decisions are made may constrain proper consideration of the issues. Primarily it comes down to accountability and transparency after the event, for decisions taken in our name. Some suggest the prospect of disclosure would improve not detract from the quality of decision making. The Government even sees the need to try to better balance the equation by explicitly spelling out factors that favour disclosure in the FOI Reform Exposure Draft Bill. Here is the Minister of State Senator Ludwig on the subject in August, responding to the Shergold line:

"I know that some in the Australian Public Service feel that FOI reforms may inhibit their ability to provide frank and fearless advice. But I believe that the tradition of frank and fearless advice is more robust than that. I believe that our public servants will work professionally within the new FOI framework as they do within other accountability mechanisms. It is beyond dispute that it is in the public interest for ministers to receive written advice on matters relating to their administrative and policy responsibilities. In any given case, whether or not the exemption may be sustained will depend on the subject matter of the document and the circumstances around the Government’s consideration of the document, including whether a Government position has been announced. Political sensitivity will not be an argument against disclosure."

The real problem isn't sidetracking by a small group of insiders, journalists and academics. It's the pace and content of reform, with the Government saying virtually nothing about the detail since the release of the Exposure Draft in March, and the closure of a sort of debate (submissions) in May. However despite the silence, lack of any further information about Government thinking and no Bill introduced into Parliament, some public service wheels are turning. This from the list of courses in the Canberra Times on the same day as the Bartos article:

November 9: Course: Getting to grips with FoI reform. New full-day course examines in detail the most important proposals in the draft Freedom of Information bills, including analysis of similar provisions in other jurisdictions. Inquiries: Australian Government Solicitor, 02 6253 7126 or cbrtraining@ags.gov.au