Bets all round in discovery and disclosure in Federal Court 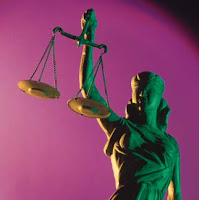 In this judgment of the Full Court of the Federal Court of Australia concerning Betfair there was no challenge to the decision, the subject of a recent post, by Justice Jagot rejecting claims by the State of NSW for public interest immunity over documents discovered by Racing NSW and Harness Racing NSW. However the Full Court overturned her decision that instructions to Parliamentary Counsel to draft legislation do not constitute a request for legal advice, and that documents of this kind are not subject to legal professional privilege. The Full Court 's observations have application in the Freedom of Information/Government Information (Public Access ) Act context as well, should the issue of access to this type of information arise.

The Court stated [21] that when preparing draft legislation, either in the form of an Act of Parliament or a regulation:

23 It is impossible to disentangle the creation of the draft legislation and the giving of advice in these circumstances. It is not a matter of there being multiple concurrent purposes. Undoubtedly if there were purposes of equal weight, then neither would be dominant, and a claim for privilege would fail. However, there is only one purpose here – to obtain the advice of Parliamentary Counsel, and the communicating of that advice is given in the form of draft legislation."

The Full Court decision includes consideration of the status of third party communication undertaken for the dominant purpose of enabling the Office of Liquor Gaming and Racing to seek legal advice ( following the Full Court in Pratt) [25-41] and whether privilege in some documents had been waived because they were dealt with in a manner that destroyed the State’s capacity to control further dissemination of the document [42-59}, finding privilege applied in both circumstances.

Meanwhile in separate proceedings brought by Sportsbet in which the State of NSW is a party not just an intervener, Justice Jagot considered similar claims of public interest immunity and legal privilege, and a new head for a claim to deny access to discovered documents-parliamentary privilege-which the State argued protected documents in three categories: (i) documents constituting or recording communications with Parliamentary Counsel for the purpose of preparing a draft bill, (ii) documents created for the purpose of a Minister’s use in Parliament, and (iii) documents relating to the preparation of a draft bill.Justice Jagot considered authorities back to 1688 before deciding [21] that with two exceptions she was

"not satisfied that the discovery or use of the material in question would infringe parliamentary privilege. I do not accept the State’s proposition that every document concerning the preparation of draft legislation is protected by parliamentary privilege because of the fact that, ultimately, Parliament makes legislation. The proposition depends on a connection with the business of Parliament far more distant and tenuous than that accepted as founding the privilege in Rowley v O’Chee."

The consideration of public interest immunity claims [23-63] covers similar ground to Justice Jagot's decision in Betfair. In balancing public interest considerations Justice Jagot found that the public interest in the proper administration of justice and the conduct of the litigation outweighed the public interest against disclosure of the documents to Sportsbet, in most instances except for a small number of documents that could be categorised as Cabinet related. Relevant considerations included that the matter at issue-wagering on horse racing- was not a high matter of state deserving the same degree of protection as matters of national security; that disclosure of the documents was unlikely to lead to a lack of candour or inhibition in the future by any of those involved including Parliamentary Counsel; that disclosure of any inter-State dealings would be highly unlikely to have any material impact on the workings of the Australian Racing Ministers' Conference or the officials and officers involved; and that the legislative process was complete, meaning little weight should be given to claims that disclosure posed the risk of premature, distracting, ill informed or misdirected public comment.

The State of NSW has to date generally been on the losing side in arguing the case for non-disclosure of documents in these proceedings.

Posted by Peter Timmins at 4:45 pm