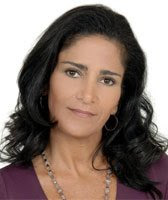 On the 60th anniversary of the UN Declaration of Human Rights, a freelance journalist from Mexico, Lydia Cacho Ribeiro has been awarded the World Press Freedom Prize for her efforts to expose political corruption, organized crime and domestic violence in the face of death threats, an attempt on her life and legal battles.

UNESCO provides some food for thought for political leaders everywhere and for many public servants we could name, concluding:

"Ensuring freedom for the media around the world is a priority. Independent, free and pluralistic media are central to good governance in democracies that are young and old. Free media can ensure transparency, accountability and the rule of law; they promote participation in public and political discourse, and contribute to the fight against poverty. An independent media sector draws its power from the community it serves and in return empowers that community to be full a partner in the democratic process.

Freedom of Information and Freedom of Expression are the founding principles for open and informed debate. New technology will continue to evolve and allow citizens to further shape their media environments as well as access a plurality of sources. The combination of access to information and citizen participation in media can only contribute to an increased sense of ownership and empowerment."
Posted by Peter Timmins at 9:25 am

Email ThisBlogThis!Share to TwitterShare to FacebookShare to Pinterest
Labels: Aust.Right to Know, Freedom of Information, media