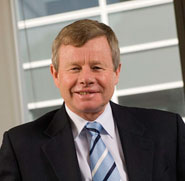 In a recent speech Australian Information Commissioner Professor John McMillan flagged important developments since the Freedom of Information reforms of 2010. In addition to highlighting some positives he also explored a couple of gloomier themes including the absence of government leadership on the transparency and open government fronts at a time when these issues enjoy more prominence than before in international affairs.

Time for others to speak up as well.

A few comments on aspects of what Professor McMillan said:

"The number of requests to agencies and ministers has increased, from an historic low of 21,587 in 2009-10 to 24,944 in 2012-13, including an 85% increase in the number of non-personal requests. which includes requests from journalists, parliamentarians, researchers, lawyers and community groups.."
( An 85% increase sounds impressive but the total number of non-personal applications in 2012-2013 was around 5000 across the entire government. Pathetically low in my humble.. Given the fact the FOI act proclaims Parliament's intention "to promote Australia's representative democracy by contributing towards..increasing public participation in Government processes, with a view to promoting better-informed decision-making and increasing scrutiny, discussion, comment and review of the Government's activities" maybe we should be pleased with small steps in this direction.)

"The estimated cost of administering the FOI Act rose from $27.5M in 2009-10 to $45.3M in 2012-13, plus an additional $3.1M for the Information Publication Scheme and approximately $5M for OAIC FOI and information policy work.."
(The $45 million represents agency estimates. How much of the cost can be attributed to inefficiency, failure to invest in technology, refusal to make sought after information available promptly and at lower cost without the need for formal applications, gaming the system by putting applicants through the run around, we don't know.  Dr Hawke apparently didn't inquire. Probably the tip of an iceberg but take a look at the pedantic, bureaucratic and no doubt costly to the taxpayer correspondence generated by applications made through Righttoknow.)

"The number of applications for external merit review has risen – from 110 applications to the AAT in 2009-10 to 456 to the OAIC in 2012-13.. In 2010 the Government estimated that the OAIC’s budget would support 100 staff to cover privacy, FOI and information policy functions. This staffing level has never been met..there has been a steady increase in the OAIC’s caseload – in the last year alone, a 20% increase in FOI and privacy phone enquiries, a 28% increase in written enquiries, a 9% increase in privacy complaints, a 13% increase in FOI complaints and a 10% increase in IC review applications. Another new unfunded OAIC task is to prepare for major reforms to the Privacy Act that commence in March 2014 and that require the OAIC to prepare more than 50 legislative instruments, codes, guideline statements and guidance notes. The inevitable consequence is a delay in throughput. At the end of September 2013 there were 60 unresolved FOI complaints, 451 unresolved privacy complaints, and 510 unresolved IC reviews. More worrying is that new FOI complaints were not being allocated to a case officer until 196 days after receipt, and IC review applications until 228 days after receipt. This is contrary to a declared object of the FOI Act, ‘to facilitate and promote public access to information, promptly and at the lowest reasonable cost’ (s 3(4)).
(Over seven months delay until a case officer is assigned to an FOI review application is not just contrary to an object of the act it's the sign of a system not working. Dr Hawke doesn't seem to have put the ruler over how they do things at the OAIC, but resources are clearly inadequate. Labor carries the blame for this failure to September 2013. The Abbott Government has maintained silence on the subject since. )

"Cultural change is occurring within government.."
(Maybe. But users of the act could cite many indications that it's patchy at best. Evidence, in particular something more than the Commissioner's observations, would be welcome on this one.)

"A related concern is that agencies may seek to game the system by denying access in the expectation that review applications will sit in an OAIC queue (a perception that we counter by active management of cases from the date of receipt).
(From personal experience DFAT and AGD have form in this respect as does Immigration. The OAIC knows more about any gaming going on than the rest of us - it could name names to good effect; repercussions, something more than a 'tut tut', would be even better.)

The Commissioner was right to draw attention to two other major failings:

Government leadership in promoting FOI and open government:
".... It has been disappointing that the special Executive position of Minister for Privacy and Freedom of Information was discontinued in November 2011; there was no Government response to the report, Review of Charges under the FOI Act, which the OAIC was asked to prepare for Government in February 2012; there was no government response to other seminal OAIC publications, such as the Principles on Open Public Sector Information and the survey of proactive publication practices, Open public sector information: from principles to practice ; there was no ministerial contribution to or representation at the OAIC event to mark the historic 30th anniversary of the FOI Act in 2012;[8] there was no take-up of a suggestion in an IC review decision that ministerial appointments diaries be published on the web, as they are in some other jurisdictions;[9] legislation to entirely exempt the Parliamentary departments from the FOI Act was moved quickly through the Parliament in May 2013 before the Hawke review had reported, and contrary to a submission to that review from the Parliamentary departments;[10] and in three IC review decisions in 2012-13, I had to reverse decisions in the Prime Minister’s Department and Office, declining to release correspondence from a former Prime Minister, diary entries concerning meeting dates with cross-bench MPs, and the acquittal of Parliamentary entitlements.[11]"
(Some positive words from the top about transparency and accountability followed by meaningful deeds are three months overdue and counting.)


Australia falling behind world leadership:
"A third area of disappointment is that Australia, one of the first countries to enact FOI legislation and more recently to launch Gov 2.0 strategies, is now falling behind the open government momentum in some other countries.[12]. We have been slow to join the international Open Government Partnership that was formed in September 2011 and that now boasts 61 member countries. We do not have a detailed national open government action plan, as do the UK, Canada, the US and many other countries. Nor have we adopted the Open Data Charter launched by the G8 nations in June this year.
It is important also that we echo messages from abroad that point to the profound philosophical shift occurring in the open government agenda. An example is the opening sentence of the 2013 Communique of the G8 nations – ‘As leaders of the G8, we are committed to open economies, open societies and open governments as the basis of lasting growth and stability’. Another illustration is the observation of UK Prime Minister David Cameron in opening the annual summit of the Open Government Partnership in London in November 2013:
[F]or years I’ve argued that there is a golden thread of conditions which allow countries to thrive: the rule of law, the absence of conflict, the absence of corruption, the presence of strong property rights and institutions. And open government should be woven deep into the heart of this thread."
(As chair of the G20 we need to get our act together, pronto, reaffirming our commitment to the OGP, setting up a partnership with civil society to develop a national action plan that contains 'stretch commitments' across a range of transparency, accountability and open government priorities including endorsing and acting upon the Open Data Charter. The only country to date to join the OGP and then back out is Russia. Not desirable company or a lead to follow.)