Members of the Senate Finance and Public Administration Committee probably managed to keep a straight face when the committee's report on lobbying was tabled in the Senate yesterday. According to all government and opposition senators on the committee everything is rosy in the way current regulation in the form of a registration requirement is framed and works in practice. And nothing could improve it- it made no recommendations. The Greens Senator Lee Rhiannon In a dissenting report Senator Rhiannon strongly disagreed with the findings and made eight recommendations for major changes. 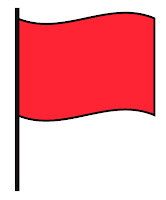 Wonderful timing for a no-action report on lobbying as Treasurer Wayne Swan makes news today about the "grave risk" from vested interests on the march, with the few who have enormous resources wielding dangerous influence. When asked by Sabra Lane on ABC AM this morning on how his concern matched the committee's rejection of calls for changes to lobbying rules (4000 in house lobbyists for example aren't covered) including more transparency, the Treasurer said simply that he was proud that this government had introduced the limited registration system. All he wanted to do now in raising the power of vested interests, the Treasurer said, was to " have this conversation with the Australian people." So talk among yourselves, folks.

The committee reached the "everything's perfect "conclusion after considering 17 submissions and one two and a half hour hearing with three witnesses. Not exactly a lot of digging. Suggestions for extending coverage beyond third party lobbyists to those directly employed, applying rules to lobbying parliamentarians as well as the executive branch, banning success fees for lobbyists (Queensland and NSW have done it, Victoria has talked about it), imposing reporting and publication requirements concerning lobbying activity, banning lobbying by ex-ministers for longer than 12 months, or following the lead of peer group countries such as the US and Canada  along any of these lines were dismissed for lack of evidence!

Those who pressed for change including the Accountability Roundtable and Queensland Integrity Commissioner Dr David Solomon mentioned here last month got nowhere. The comprehensive NSW Independent Commission Against Corruption report of 2010 on lobbying didn't get a mention. What happens in the states in this area is another issue that doesn't concern the committee (2.30).

Disappointing doesn't quite capture it. Chalk that one up to the lobbyists or was it all the committee's own work?