A rare visit to the Governor General's website to locate the Bonsey report led me to this response a year ago, posted in the Disclosure Log sometime after May, to two FOI requests from Samantha Maiden (pdf) of The Australian. What is of interest is the broad ranging nature of the applications, and that they appear to have been processed without demur, free of charge, and "in the spirit of goodwill and transparency where no documents exist," some information provided above and beyond what is required by the act. (How else would we know that the average price of a bottle of wine served at Yarralumla is $11.64? Pity they didn't volunteer where the rest of us might find a more than passable drop at this, or an even cheaper price).

I have no idea whether Maiden as a journalist received special treatment or if your average FOI punter would get this sort of response to applications for documents for the last three years concerning 16 different topics, with sub-headings in most cases to spell out the detail. I would have advised against lodging all encompassing applications of this kind-shows what I know! Maiden clearly is not one of those smarties said to be artificially breaking requests into small parcels in order to gain multiple shots at five free hours of decision making time that some agencies are concerned about.

Some of the information sought was already in the public domain, or wasn't held, because for example the Governor General pays for her own clothes, hair and make up, and there are no separate records of dry-cleaning bills. Or was not matter of an administrative nature, and outside the scope of the act as it applies to the office, such as correspondence with Julia Gillard, Kevin Rudd and the Queen.

Government House only raised the issue of substantial and unreasonable resources when declining to produce original invoices but nevertheless extracted global information from records and provided it. Others might have been tempted to use these applications to test the limits of the diversion of resources provision. 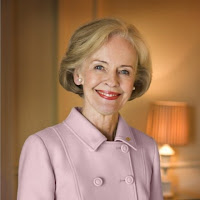 The notice of determination may have FOI purists tut tutting over technical aspects of the response, but as the AAT readies for argument about the scope of s 6A and what constitutes a document that relates to matters of an administrative nature, Mr Fraser who signed off and others at Government House who were involved exhibited persistence, endurance, and patience akin to that of a saint quentin. And forbearance afterwards when a fair bit of the information gathered and released didn't make it into what appears to be the only story Maiden wrote subsequently. Which focused on travel, flowers - and the wine bill.