Should ministers be in the know about access applications? 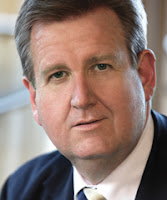 Sydney's Daily Telegraph at the weekend under the headline"Barry O'Farrell's secret Freedom of Information warnings" reported that NSW Premier in one of his first acts in power following the March election, set up a system "to ensure secret tip-offs about public efforts to access embarrassing government information" and potentially more seriously, that his department suggest he lie if asked about the system in parliament.

"Documents obtained under FOI have shown the Office of the Premier installed a system on May 19 to receive weekly status reports from his department on requests from the media, opposition and general public."

I don't know what system Premier O'Farrell set up, but for many years, the Premier's department has required each agency to provide a fortnightly report on FOI applications on hand, and I would be surprised if this in some form doesn't form part of a regular briefing for each minister concerning portfolio agencies and to the Premier overall.

On a side issue, I'm not aware agencies refer to this possible use or disclosure of personal information in any privacy notice in their GIPA material, as they should where the applicant is an individual. It would be better still not to include personal information in any such report if a minister insists on continuing the practice. Let's hope this close ministerial interest extends to whether their agencies are living up to the spirit and intent of the law. And that applications by journalists and the opposition once identified aren't singled out for differential slow and tougher decisions as Alisdair Roberts discovered a few years ago in Canada. (Is there a double standard on access to information?)

The Telegraph seems to be confusing communication with a minister's office about the status of access applications, with communication inviting, encouraging or allowing the minister or staff to influence or direct a decision to be made in an agency officer's name. The "lie" claim reflects this confusion.


The article refers to an Ombudsman investigation following one of its complaints concerning the RTA, stating the Ombudsman at the time "recommended communication about FOI between ministerial offices and their departments be banned..."

What the Ombudsman was on about at the time wasn't simply "communication ". As set out  in his Annual Report 2008-2009 (page 97)  the Ombudsman found practice at the RTA was to send draft FOI determinations to the Minister’s office. The Ombudsman could see no justification for this:

It opens up the determination process to an unacceptable risk of political interference and has the potential to compromise the independence of the decisions made. It also regularly led to unjustifiable delays in processing FOI applications as matters were stalled while a response from the Minister’s office was pending. In the case of the journalist’s applications, it affected the way the determinations were made."

The appropriateness of involving the Minister’s office in agency FOI applications is of relevance to the entire public sector. For this reason, we recommended that the Department of Premier and Cabinet develop a Code of Conduct to clarify the role and relationship of a Minister’s staff with agency staff. A draft Code of Conduct has been prepared, but not yet finalised. We also recommended that the Premier issue a memorandum to all agencies making clear that ministerial offices are not to be involved in the FOI determination process when it relates to applications for agency documents. The Premier issued the memorandum in August 2009.

I'm not aware the draft Code of Conduct ever advanced to a final. Someone -the new Public Service Commission?- should  dust it off.  Premier O"Farrell might also usefully reiterate the "stay out of GIPA decisions" directive issued by then premier Rees. And he and other ministers might stop to question why they need anything much at all about  FOI applications on hand, as distinct from perfectly reasonable notification that a decision has been made to release information the minister should know about and may be the subject of questions from the media or in parliament once in the public domain.

In Victoria Attorney General Guidelines, in place since 2009  refer to a time honoured practice there, that remains unchanged since the Baillieu government was elected a year ago. The Guidelines require an agency to provide a brief to the minister five days before a decision on documents that are sensitive in any way is finalised. Not that this is a request for permission, the Guidelines continue. Of course minister, of course..


It's no secret system, but no better for the transparency.

Posted by Peter Timmins at 9:00 am