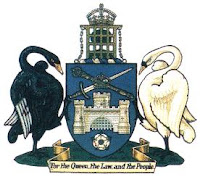 Action foreshadowed by the ACT Government in the response to a Legislative Assembly report recommending Freedom of Information changes will bring the ACT into line generally with the Commonwealth reforms of 2010, although why (response to Recommendation 15) the ACT is to "retain conclusive certificates for national security purposes" while the Commonwealth and other reform jurisdictions rescinded powers to issue certificates entirely seems odd. Given its combination of state type and municipal functions it's tempting to suggest the ACT government should align more closely with disclosure models for local rather than national government, for example the publishing requirement for NSW local councils in Schedule 1 of the GIPA regulation 2009.(The largest NSW council by population, Blacktown, has around 300,000 compared to around 360,000 in the ACT.)

The response includes a welcome commitment to more open government generally, but rejects at this stage at least the establishment of an ACT combined Ombudsman, privacy and FOI commissioner, legislation for an ACT privacy act, and some "bold" ideas such as a public interest test for all FOI exemptions other than cabinet documents.

Email ThisBlogThis!Share to TwitterShare to FacebookShare to Pinterest
Labels: ACT, Freedom of Information