The case for privacy you won't read in the papers 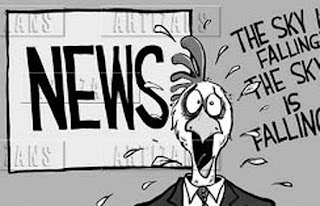 It didn't take long-no time at all really- following the announcement of a yet to commence public consultation about a statutory cause of action for serious and unwarranted invasion of privacy, for the media, particularly but not only News publications, to respond along "the sky is falling", "stop don't go there" and "the end of the world as we know it" lines. With the promised government issues paper nowhere in sight, yet alone the precise  legislation that might emerge if things get that far, plenty of journalists commentators and editorial writers claim to know what it's really all about: a plot aimed squarely at the media to benefit politicians, the wealthy and greedy lawyers.

The government handling of the recommendations of the Australian Law Reform Commission Report on privacy since 2008 has been inept, with nothing to show in mid 2011 for an examination of laws that were thought ripe for inquiry in 2006. While a response to the mammoth report was divided up into neat parcels for attention, things are stuck at part one. The wheels keep spinning on other reforms including mandatory notification of serious privacy breaches and enhanced powers to impose penalties for certain breaches found on investigation by the Privacy Commissioner.

In grasping this nettle opportunistically at this time, having said nothing much on the subject in the three years it has sat on the ALRC recommendation, the government is wide open to criticism (here from Peter van Onselen) that it has done nothing on a similarly significant recommendation that the exemption from privacy law for political parties (and small business) should be removed.To announce the consultation without being in a position to inform discussion and debate through a prepared issues paper also wasn't a smart move. The result is a silly start that won't help sensible and informed discussion when that paper hits the deck.

Some things you wouldn't know from much of the reporting in the last few days:


Two, of direct relevance to the media, the ALRC recommended it should extend also to an interference with privacy involving disclosure of sensitive facts relating to an individual’s private life, subject, to a rider concerning the public interest in people being informed about matters of public concern, and the public interest in freedom of expression.

Three, the barrier for the proposed cause of action was purposely set high: a person would have to have had a reasonable expectation of privacy in the circumstances; and the action would need to be highly offensive to a reasonable person. In addition the plaintiff in any case where this was relevant would need to satisfy the court that the public interest in privacy outweighed other matters of public interest - including the interests in informing the public about matters of public concern and in allowing freedom of expression. The ALRC report stated the proposal “ should not hinder legitimate investigative journalism as described by media groups to this Inquiry. For example, allegations of misconduct or corruption in public life would not fall within th(e proposed) zone of protection.”[ALRC 74.138]
ALRC President at the time Professor David Weisbrot told Media Watch (Episode 27 18 August 2008) it would not result in hundreds of frivolous lawsuits and that the mainstream media wouldn't have much to worry about:


“Of course it does cover egregious practices by the mainstream media and those occur sometimes and they shouldn't, but they do. But it's not primarily intended at that - the sort of cases that we're talking about are really where individuals, whether they have celebrity or not, are affected by a quite outrageous breach of their privacy. It is the, you know, the nude photos that are sent out over the internet or those kinds of things.

Four the case for legislation to better define legal rights in this area was summarised by former Prime Minister Paul Keating a year ago drawing on the ALRC report: that threats to privacy are escalating dramatically, driven largely by technological change (with more examples in the year since); that the common law case by case exploration of whether there is a recourse for breach of privacy is a slow piecemeal and fragmented process likely to lead to different approaches in different jurisdictions; that legislation would give effect to our international obligations under Article 17 of the International Covenant on Civil and Political Rights; and that the need for better protection of privacy is being recognised in comparable countries including traditional “peer law “ countries for Australia such as the UK and New Zealand, as well as Canada and parts of the US .


Five, given that the courts have differed on whether a privacy action exists in common law, the ALRC thought national legislative clarity might help the media:

It may be difficult for individuals and organisations (such as media outlets) to assess the effect of the law on their operations and to implement appropriate policies to minimise their potential liability if the common law is developing at different rates and with variations from state to state (as was the case for many years with the law of defamation). Some courts also may choose to adopt the ‘breach of confidence’ approach based on case law in the UK, which would result in further inconsistency.

Two other law reform commissions recommended something similar for much the same reason. Yesterday Sydney Morning Herald Media Editor Tim Dick  showed he was one of the few to get it:

"if media companies resist this opportunity to get a statute with proper safeguards, they will face an uncertain privacy future decided by the courts."

So did Mark Day of The Australian and Jonathan Holmes of Media Watch in discussion with Philip Clark on Radio National on Friday. ABC Managing Director Mark Scott first said it in March 2009. Gail Hambly of Farfax Media is at least happy to engage in discussion.