FOI for the private sector an interesting idea one year, dead duck the next

Whether a government owned monopoly such as NBN Co, so vital to our future as the government says, should be outside the scope of the Freedom of Information Act is a topic that has excited recent interest and it's not finished yet.


But what about transparency standards and the right of access to information held by private sector organisations, where there are equally important bodies who hold information of great potential impact on the community as a whole? Should those corporations whose functions, size, or potential or actual effect on the well being of the rest of us, be subject to something along the lines of the disclosure regime imposed on government related entities?


Almost two years ago the Rudd Government stated publicly these questions should be asked, and answered by the Australian Law Reform Commission.


But they were never put to the Commission then or since. 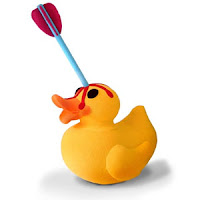 An attempt to find out what this was all about, using the FOI act, suggests the idea owed much to the initiative of then Special Minister of State John Faulkner, and that it languished within government for the next year during which time Faulkner moved to Defence.  According to documents released to Open and Shut the Attorney General's Department in April last year recommended other references take priority, given the long and unexplained delay in finalising the reference as announced by Senator Faulkner a year earlier.


There's plenty to suggest this remains an important issue. But  with Senator Faulkner no longer in the cabinet or ministry, unless someone within the system picks it up and argues the case  for further inquiry,  it seems to be a dead duck.


"the Government will (later this year) provide the Australian Law Reform Commission with a reference to consider whether FOI should be extended to, or another disclosure regime provided for the private sector."

While this proposal had been considered but not recommended in the Commission's 1995 Open Government Report, Senator Faulkner said


"the Government considers it timely to re-examine this issue in the context of the general reforms to freedom of information and developments on disclosure regimes in both public and private sectors."

There were no ifs, buts or maybes. The text of the speech is here.

Nothing transpired in 2009. Or since.


Why the proposal came to light and what the Government had in mind were not explained at the time, or in the few desultory repetitions of the commitment made by government speakers in the course of parliamentary debate on FOI reform during the next year or so. Last year the proposal seemed to disappear with as little notice or explanation as the original announcement.
On 7 November I submitted a Freedom of information application to the Department of Prime Minister and Cabinet for access to documents concerning the background and reasons that led to Senator Faulkner's announcement.
In a determination dated 8 December Joan Sheedy, Assistant Secretary Privacy and FOI Policy Branch said there was only one document that contained any background on what the Minister had announced. It was a cabinet document. As "disclosure would involve the disclosure of a Cabinet deliberation or decision" the relevant part of the document was exempt under Section 34(3) of the FOI Act."  It's not even clear from the scant information provided whether it is a cabinet submission or decision.


The only possible explanation for the Department not holding a single piece of other paper on the matter is there was no public service work undertaken on the subject,identifying it as a problem worth consideration. Hence it only surfaced, apparently at the minister's initiative, in the submission Minister Faulkner took to cabinet on FOI reform generally, or in the record of cabinet's decision that eventuated
Parts of my application sought access to documents concerning decisions about draft terms of reference for any ALRC inquiry, and consideration of and a final decision regarding the reference. These were transferred to Attorney General's, because it has carriage of ALRC references.


In a determination dated 25 January Malcolm Bennet, Director FOI and Privacy Section released the only relevant document held: parts of a submission to the Attorney General by Greg Manning Assistant Secretary Strategic Policy and Law Reform Branch dated 30 April 2010, on the subject of references to the ALRC. The submission notes but doesn't explain the long delay in reaching a decision about the reference, and continues:


"..we recommend that another reference be pursued at this time. Should the Government decide to pursue this reference arrangements should be able to be completed relatively quickly , as proposed terms of reference have been drafted  and the Commission has undertaken preliminary scoping work."

Presumably the Attorney General agreed and not a word has been written about it since.


The draft terms of reference contained in the document state the subject was being referred to the Commission "(i)n recognition of the importance of disclosure, transparency and accountability, to enable proper debate on matters of importance to the community.." The scope of the draft reference required "consideration of the principles underpinning freedom of information laws and policies, and the transferability of these principles to the private sector", and the extent to which "greater disclosure by the private sector would enhance debate on issues of significance to the Australian community." The ALRC would be required to have regard to the cost of any extension to the private sector, given the COAG commitment to reduce the regulatory burden on the community.

Just off the top of my head I can think of many reasons why the questions are still worth asking, and how disclosure of information would enhance debate on issues of importance to the community, given:

In the UK recently, The Ministry of Justice unveiled plans to extend the scope of the Freedom of Information Act to include other bodies, including some private companies, and announced plans for further consultation about extending the act to cover other bodies that perform "functions of a public nature". South Africa's Promotion of Access to Information Act 2000 may be unique in extending to any information held by a government or other body, to give effect to "the constitutional right of access to any information held by the State and any information that is held by another person and that is required for the exercise or protection of any rights"
As for us, for reasons unexplained, its gone from an issue worth asking the ALRC to look at, to something not worth talking about.
Posted by Peter Timmins at 11:00 am