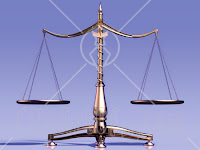 In Re City of Subiaco and Subiaco Regional Development Authority [2009] WAICmr 23 the WA Information Commissioner strongly endorsed the public interest in the community being in a position to know what was going on, in matters of community significance, even though final decisions by the agency had not been taken.

The City of Subiaco Council sought review of a determination by the Authority to deny access based on the internal working document and business affairs exemptions, to parts of some documents submitted to its board between January and April 2008 concerning a major redevelopment. An interesting aside is that two of the five board members were Subiaco councillors.

Information Commissioner Bluemmel found the documents not exempt. While satisfied they contained advice obtained, prepared and recorded, and would reveal a consultation that had taken place, all in the course of, and for the purpose of, the Authority's deliberative processes, he was not satisfied disclosure on balance would be contrary to the public interest.

There was no evidence to support the claim that some disputed information (a draft report from a consultant) which had undergone alteration, could lead to ill-informed speculation and confusion if taken out of context.In any event, the Commissioner agreed with the former Commissioner who commented on a similar claim in relation to the disclosure of draft documents:

“I consider paternalistic and simplistic the view that the public is unable to understand the difference between a draft document and a final report. I also reject as fanciful the claim that the public is likely to be misled by the disclosure of documents that reveal a process of editing, correcting and refinement of written material produced by an agency.” [37]

Commissioner Bluemmel said if disclosure of the draft would not properly inform debate, it was

"within the scope and power of the agency to release other information to confirm that the disputed information does not represent a concluded position or that the agency has now moved on from such a position, in order to counter any confusion or uncertainty that may exist following disclosure under the FOI Act. The agency’s explanation may itself result in better information being provided to the community."[38]

The Commissioner[46] said it was appropriate in weighing public interest considerations to have regard to the particular interest of the Council in accessing the information, having concluded:

"In my view, it is arguable that the agency’s decision-making would be enhanced by a greater degree of transparency being afforded to one of its key stakeholders. Such disclosure may work to resolve difficulties by providing a better insight into, and understanding of, the agency’s views, consistent with the objects of the FOI Act. I agree with the complainant that the public interests in transparency and probity would be furthered by the disclosure of the community consultation material."[41]

The Commissioner said [45] there was a public interest

"in a local community being fully informed about development and redevelopment proposals which have the potential to affect the lifestyle and amenity of that community. Related to that, I consider that there may well be a public interest in the provision of such information occurring before, rather than after, any conclusions are reached and that this particular public interest is enhanced by the disclosure of relevant and timely information, so that the complainant - and through it, the community - can participate in the decision-making processes of government. In Re Shire of Mundaring, the former Commissioner said at [35]: “... if public participation is to have any meaning, it should allow input into the planning process at an early stage and well before a decision is made. Further, the public is only able to participate in such democratic processes if it has access to relevant and timely information.”

He concluded on this point:

The Commissioner also rejected [51-61] submissions that the draft consultant report contained information that had a commercial value that would be destroyed or diminished by disclosure.

Posted by Peter Timmins at 7:45 am