No wonder we have a culture of secrecy 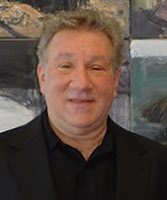 Professor David Weisbrot AM
What happens when for more than 100 years (starting with the Post and Telegraph Act of 1901) you put secrecy provisions in various acts and regulations without regard to principle, clarity or consistency? One hell of a mess according to the consultation paper released today by the Australian Law Reform Commission( Review of Secrecy Laws).

In releasing the paper, ALRC President, Professor David Weisbrot said “The federal statute book has become riddled with secrecy provisions, which make unauthorised disclosure of government information a criminal offence. So far the ALRC has identified over 370 distinct secrecy provisions scattered across 166 pieces of legislation—many more than we expected to find."

The provisions range from the draconian Section 70 of the Crimes Act (two years in jail for disclosure of information without authorisation regardless of triviality or significance), to specific secrecy provisions in laws relating to national security, and then there's the Dairy Produce Act and the Port Statistics Act and plenty more where they came from.For many years it seems to have been fashionable to include a secrecy provision in legislation, almost as a matter of course.

Standing almost singularly on the other side of the equation we have the Freedom of Information Act 1982, its promise of open government, and the object of extending as far as possible the public right to access government information.Professor Weisbrot said “We seem to be caught in a time warp, between an old culture of secrecy in government and more modern ideas about the fundamental importance to democracy of ensuring openness and accountability.”

Perhaps no wonder public servants err on the side of caution, and that the culture of secrecy is firmly entrenched.The Commissioner in charge of the inquiry, Professor Rosalind Croucher said "a wrong call could lead to heavy fines and severe penalties,including a jail term."

I'm a member of the ALRC advisory committee that has had a little input into the research and analysis on this issue.
Posted by Peter Timmins at 9:00 am