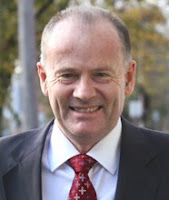 Some end-of-year cheer from Minister for Finance Lindsay Tanner who has announced a series of reforms to improve transparency in the budget process and in financial management generally, following a review of the Government's Operation Sunlight project by former Australian Democrats Senator Andrew Murray.The report and the Government response (I had trouble opening this and told the Department, but no progress at the time of writing) are here.

The Minister's media statement is as dry as chips but there is plenty of good news about more useful and readable information to be included in the budget papers. The Canberra Times reported on Sunday that the Minister said he would take up most of Mr Murray's 45 recommendations, either in their entirety or by ''incorporating the underlying themes into other initiatives''. He accepted 17 in full and four in part, noted 20 and disagreed with four. The Times reported Mr Murray was encouraged by the response, because he said most of the changes would give Parliament, particularly the Opposition, ''stronger mechanisms for attack, and governments don't necessarily enjoy that''. ''Budgetary transparency is fundamental to Australia's parliamentary democracy,'' he said. ''Without budgetary transparency, governments are able to deny the Parliament effective oversight of government expenditure and effective and efficient administration is able to be subverted.''

There is additional good news from the Minister in this release about reforms to the administration of Federal grants including the following:

"There will also be a legal requirement for Ministers and officials to record the basis on which they are satisfied that approving particular grants is an efficient and effective use of public money. This decision also responds to a key recommendation in the ANAO’s audit of the Regional Partnerships Program, released in November 2007. Ministers will also be required to advise the Minister for Finance and Deregulation whenever they approve individual grants to organisations in their own electorates. The third key element of the reforms establishes mandatory public reporting requirements in the interest of greater transparency. This means from 1 January 2009, agencies will be required to publish the details of individual grants on their website."

All good, but on the last point, not good enough- how about ensuring that the information about grants is searchable across all government agencies by electorate, post-code, purpose and recipient?Agency specific reporting is important- so is the complete picture of where our money goes, who gets it, and for what purpose.

The state governments also need to move into the 21st century on this sort of thing, particularly regarding the big dollars paid to business in the form of industry support and incentives to invest.
Posted by Peter Timmins at 1:00 pm