The Office of Australian Information Commissioner established in 2010 to enable the commissioners to carry out their functions with an initial estimate of staff required of 100, now has around 65.

Attorney General Brandis is presiding over the erosion of protections put in place to safeguard the right to privacy and promote and oversight the exercise of the right to access  government information. 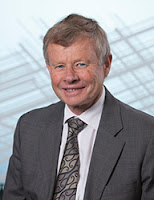 (Open and Shut joins the OAIC in expressing thanks for his many years of service to FOI and other causes, in and outside government.)


Freedom of Information Commissioner Dr James Popple departed in December 2014 to take up an appointment to the Administrative Appeals Tribunal and was not replaced.

Privacy Commissioner Timothy Pilgrim's five year appointment expired on 19 July. No one has been appointed to fill the position. Pilgrim was appointed Acting Australian Information Commissioner for three months.

Something Some - many- things functions cannot be carried out by one commissioner instead of the three legislated by parliament in an office with a reduced staff compliment as a result of budget allocations in the last two years.

Parliament has not passed the government's bill to abolish the OAIC.

The bill has been before the Senate since October 2014 and not brought on for a vote because there is no majority in favour.

Tim Smith QC of Accountability Roundtable and a former judge of the Victorian Supreme Court in correspondence with Attorney General Brandis about the FOI cutbacks submits the government is seeking to achieve its goal through non legislative means, ignoring its obligation to give effect to the law as it exists, a duty that remains until such time as Parliament rescinds the Australian Information Commissioner Act:


not only are the OAIC’s major statutory functions not being performed as intended and legislated by the previous Parliament but the statutory office created by that Parliament can no longer be described as existing. In particular, the evidence available points to the deliberate removal of the funds needed by the OAIC to discharge its statutory FOI functions including its central and critical overarching statutory responsibility to independently monitoring, supervising and guiding the FOI system, and advising the government,  Further, the Government has chosen to pass those responsibilities to one of its Departments.
If one accepts that analysis, why does it not follow that the Government’s actions are a repudiation of its duty? Why does it also not follow that the Executive Branch of our Government is repudiating its obligations to respect, carry out and maintain the laws of the Parliament, the Constitution, the Rule of Law and the Separation of Powers?

The same points could be made about the reduced capacity to conduct the information and privacy functions of the office.

Even broad shouldered Timothy Pilgrim cannot carry out the statutory functions in addition to those that fall to him as chief executive of the office.

You, me and citizens generally are the losers.

The information commissioner functions are as follows:
(a)  to report to the Minister on any matter that relates to the Commonwealth Government's policy and practice with respect to:
(i)  the collection, use, disclosure, management, administration or storage of, or accessibility to, information held by the Government; and
(ii) the systems used, or proposed to be used, for the activities covered by subparagraph (i); (b)  any other function conferred by this Act or another Act (or an instrument under this Act or another Act) on the Information Commissioner other than a freedom of information function or a privacy function.

Posted by Peter Timmins at 5:36 pm