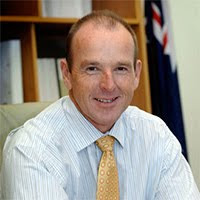 The Federal Government has announced its stage one response to the Australian Law Reform Commission's Report 108, For Your Information: Australian Privacy Law and Practice.

In a speech to the International Association of Privacy Professionals in Melbourne, Special Minister of State Senator Joe Ludwig said the Government’s intention was to effectively rewrite the Commonwealth Privacy Act 1988 for the 21st Century. Full details of the response are contained in this 144 page response released at the same time. The response sets the foundation for a revamped privacy framework, addressing 197 of the 295 recommendations in the ALRC’s Report. Key features, as outlined in the Minister's speech and in the detailed response are to Of the 197 recommendations addressed in this first stage, the Government

20 recommendations were not accepted. While opinions will differ, only two struck me as noteworthy: rejection of the recommendation to extend privacy protection to personal information held about a deceased individual dead for 30 years or less; and rejection as unnecessary of action to ensure that federal legislative instruments establishing public registers containing personal information set out clearly any restrictions on the electronic publication of that information.

The Australian Law Reform Commission was pleased with the "giant tick" for its recommendations.

Next steps: the Government intends to release an exposure draft bill reflecting these changes to be sent to a Parliamentary Committee for consultation early in 2010, before returning to Parliament with a final bill. Once the first stage has progressed, the Government will then begin considering the ‘second stage response’ to the ALRC’s remaining 98 recommendations. ‘Second stage’ issues include proposals to clarify or remove exemptions; data-breach notification; a statutory cause of action for serious invasions of privacy; telecommunications privacy; decision making issues (such as authorised representatives and children’s privacy); and further national harmonisation.

Posted by Peter Timmins at 2:27 pm