Drum roll for reform in US 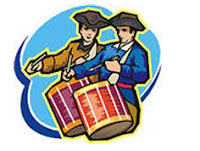 American Independence Day - 4 July - every year also coincides with the anniversary of the signing of the Freedom of Information Act in 1966.

The National Security Archive at George Washington University used the occasion to release findings of an Open Government survey that revealed some requests have not been dealt with 20 years after they were first lodged. The survey also revealed significant differences between what agencies had reported to Congress about outstanding requests and the situation revealed when the Archive lodged an FOI application asking 87 agencies for the 10 oldest or pending FOIA requests.

Proponents of FOI reform also took the opportunity to urge the Senate to act on a bill, already passed by the House of Representatives which would solve some of the persistent problems in FOI administration.

Here's another interesting US list - the top 25 censored stories of 2007.

The updates for each provide new information about some of these 'hidden' stories that have been around for a couple of years. The update on #2 "Halliburton charged with selling nuclear technologies to Iran", includes as a source in the update section comments by Vice President Cheney to our very own Illawarra Mercury: "I think we'd be better of if we, in fact backed off those sanctions (on Iran) didn't try to impose secondary boycotts on companies.....trying to do business over there.....and instead started to rebuild those relationships".
Posted by Peter Timmins at 5:37 pm

Email ThisBlogThis!Share to TwitterShare to FacebookShare to Pinterest
Labels: Freedom of Information, US